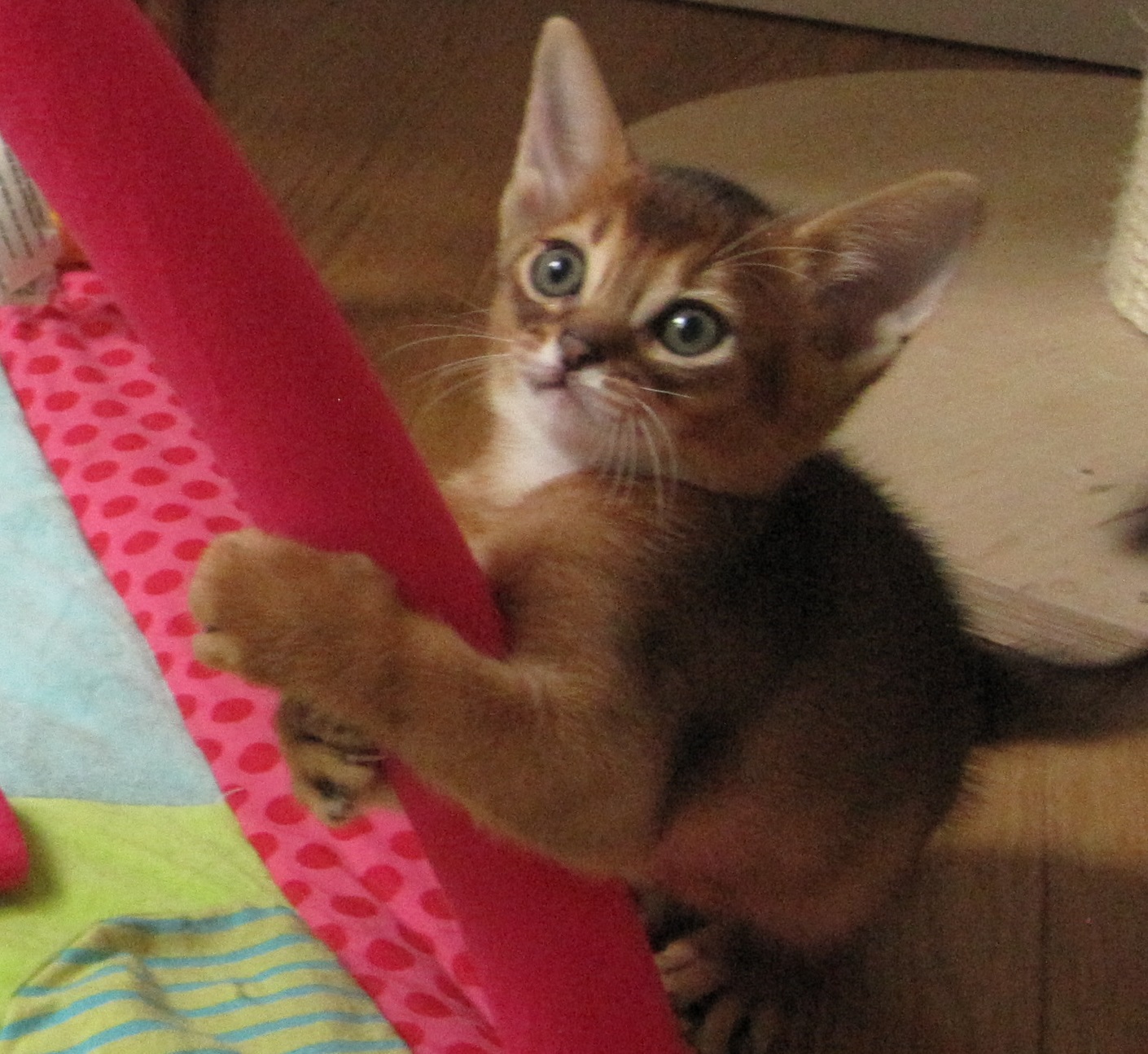 Handi is a ruddy male.

Since, after being delivered by c-section her mother rejected him and his brother, during the first hours of life Haute took care of them both, while they were bottle fed with a kitten formula milk. 48 hours later, their mother was more recovered, and with the help of a "little bit of" training (for 2 hours), their mother finally accepted them.

He is bigger, and he was the first breast feeding on his own and on getting stand up on his four legs. Nevertheless, he was the last getting out of the nest. He is shyer; it seems he likes to take bigger time, so to execute things with total confidence. He is as sweetheart and cautious as his body size, “big” time. Thus his name "Handi" ("big" in Basque language) :D